Do you love the fuzz? Kiss the bristles? Purr for the fur? Does the brush give you a rush?

In other words, do you like beards? If you do, you’re in good company. The world long-regarded beards as an “outsider” characteristic, but face brooms are suddenly everywhere, including commercials aimed at high-profile demographics.

We're an affiliate We hope you love the products we recommend! Just so you know, we may collect a share of sales or other compensation from the links on this page. Thank you if you use our links, we really appreciate it!

So are beards just a trend? That is, are beards going away anytime soon?

Well, all you lumbersexuals can rejoice, because the evidence points to beards putting down roots in popular culture for good.

Nobody is completely sure what happened back in 2007 to 2008. It’s speculated that it was connected to the global financial crisis. Jobs were scarce and the only other way to get a leg up on the competition was to look manlier than the other applicants.

A study was done where researchers found that the further you go into big cities with larger populations, the more common beards are. Which makes sense because that’s where there’s more competition for jobs and for mates.

In a crowded room, it’s the guy with the beard that looks a few degrees manlier than the baby faces around him.

Or the explanation could be much simpler. As the workplace trends towards being casual and laid back, attitudes towards facial hair have likely followed suit. At first, it became acceptable to wear a little bit of scruff to work, and then the scruff gradually became beard-worthy.

And as these new growths began to pop into view, the next natural step took place: Bigger is better.

Cheaper than compensating with an oversized truck, safer than risky surgery, the new measure of masculinity was the size of your beard. Barbers and hairstylists noticed the potential for the market, and so beards became the object of shaping and sculpting so as to accentuate men’s facial features.

And once there was an overabundance of big beards, The Next step was to have fun. Even taking it as far as beards died rainbow colors with glitter. We’re not making this up. Are beards just a trend? No, they have transformed into art.

It wasn’t long before celebrities would jump on board. The most recent Avengers film showcased superheroes with beards, including Bucky Barnes, Black Panther, and Doctor Strange. Are beards just a trend? If it’s at the top of Hollywood, it’s not gonna fade away.

Even if you’re not inclined towards appreciating a beard, you can’t deny that they lend a striking look to a man’s face. Since their debut in popular culture beards have managed to hang on to their position because face it (no pun intended) they make men look sexy and stylish, earn a ton of compliments, if not commentary and potential partners latch on to them.

A 2016 study highlighted that women find men with facial hair more attractive than those without.

The numbers show that women have a strong preference for heavy stubble, followed by light stubble, and full beards. Guess who ranked at the very bottom of the sexy scale? Clean-shaved men.

For now, the beard that seems to hold its own in social and professional circles leans towards being short, more in the stubble range. Which allows for grooming that gives sharp edges and clean lines.

Are beards just a trend? Certainly. But it’s a trend that’s here to stay.

Why Is My Beard a Different Colour?

Beard Fade – What You Need To Know

7 Exemplary Beard Styles for Round Faces

7 Beard Shaping Tips for any beard 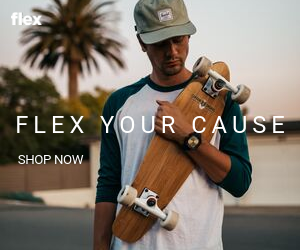 We aim to provide you with helpful information, guides, tips, reviews, and products on how to style, trim, shave and grow your bread.